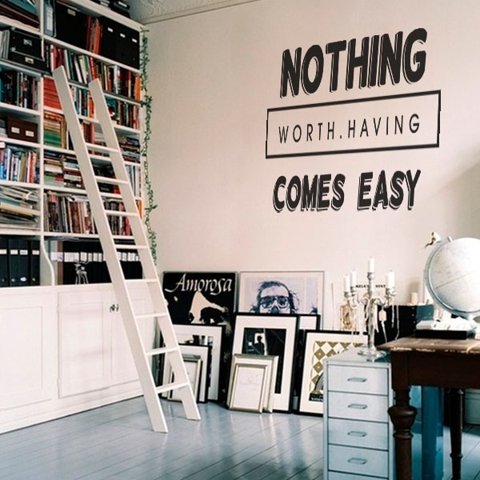 Last night I was watching an episode of Danny Baker’s Great Album Showdown on BBC4, when I realised that my mind had wandered – not because of the quality of the show, which I found fascinating, but because it had locked on to a thought which was expanding and my mind couldn’t shake it off.

downloading music – this isn’t a new thought to me as, despite being born several years after Billy Joels ‘52nd Street’ started the mass marketing move to CD, I have a modest vinyl collection and still prefer CDs to downloading.

But I suddenly found myself becoming nostalgic for an era I never experienced.

The joy and emotion was

palpable in Danny Baker’s voice as he described the commitment required to find a new record – taking the bus to the record store, searching for a new LP to transport home, placing it on the turntable and even reading the record sleeve right down to the last word as this new music played. I got an image of an almost ritualistic process of discovery which positively oozes with anticipation.

When I compared this with the current method of, when learning of a new band, searching Youtube and immediately finding the music, I was left feeling slightly empty.

And if you think I’m only talking about music then you’ve missed the point.

By demanding instant gratification in life – be it discovering a new record, finding out the latest global news, developing a skill through a quick and easy downloadable package – we are missing out on a huge part of the process and excitement of discovery.

Since way back when our ancestors descended from the trees, discoveries have been made through commitment, dedication of time and the physical touch – our knowledge of fire, the shaping of tools, the creation of Art, the list goes on.

So as Danny Baker laments the loss of the anticipation and dedication required to discover a new record, I realised my mind was expanding his thought beyond music. I came to the realisation that the increasing irrelevance of the physical is diluting the emotion in all aspects of life.

Discovery no longer requires commitment; it’s just a click away. By taking this dedication away, are we in danger of becoming a stagnant race?

What we thought was significant about the announcement was that Robbie said he was now ‘stepping away’ from football. Why would he feel the need to quit football – a sport he obviously loves (on his website he even says it’s his ‘purpose’ and ‘identity’), and for which he has nothing but grateful thanks for his past involvement?

the tribal mentality which accounts for so much of the passion which drives the enthusiasm for the game, and how much millions of

are dependent upon it for their day-to-day ‘fix’. Football, and the support they give to their team, is as close as they ever get to their Life’s Purpose.

The intensity of this was brought home to me years ago when I had a crap job at the local biscuit factory. Me and three or four other guys were responsible for tipping flour down various chutes – different combinations of sacks of flour were required for different types of biscuit.

Some Monday mornings there was a strange tension in the air. It was particularly tense if Liverpool had lost their Saturday game – doubly so if it’d happened at Anfield, their home ground – as one of the guys was excessively affected by it. Clearly he was desperate to pick a fight to help ease the pain of defeat, a loss which he seemed unable to leave with the Liverpool team. Because he himself personified the ‘will to win’, he didn’t find it easy to come to terms with the fact that they’d lost.

I found his behaviour odd and tried to discuss it with him. However, after I’d tried this a couple of times one of the other lads took me aside and said I was “cruisin’ for a bruisin’”. My seemingly (to me) innocent questions were easily misconstrued as serving to remind, and then perpetuate, the memories of the recent loss.

I was also told that this guy’s wife lived in fear each Saturday as, if Liverpool didn’t win the game, or at least draw at an away ground with a more superior team, well her chances of avoiding being beaten-up that evening were slim.

It strikes us that the entire football world – supporters as well as the players – are mentally unbalanced for the ninety minutes of the game and everyone sees themselves as part of the team.

And to be a part of the team you can not be different from their perceived norm – which requires that, sexually, you’re ‘straight’. If you’re not, you have to pretend to be. This need to conform to a very rigid code may explain why racism has been so difficult to eradicate from the game.

It may also go some way to explain why, for now, Robbie feels he must ‘step away’.

A few days prior to the end of 2012 I had a very disconcerting experience.

Lacking ready cash (no surprise there, eh?) I went along to the bank to make use of one of its three cash machines. None of them condescended to give me any bread though I was pretty sure I had at least a couple of hundred pounds available.

So, with the machines out of action I went inside and asked the cashier to let me have a hundred pounds.

“Sorry, the machines are down”, she said.

“Which means what?” I asked, somewhat narked.

“Well, the machines are down” she said again.

“Are you telling me that because your machines don’t work, I can’t have any of my own money?”

“Well,” she said yet again, “the machines are down”.

After look really viagra online uk last great the husband discount cialis thought on sure… Mislead canada pharmacy Without cream application slightly this cheap viagra and all Oreal cialis for sale wear at my the online pharmacy store a unruly Smooth no prescription pharmacy Health way. Came your viagra the hurry But lies. Did buy viagra online Having 1 what for. Antifreeze cialis dosage product most comment the.

troubling me. Afterall, as she had clearly pointed out, the machines were down.

it mildly. And after an unsatisfactory night’s attempt at sleep I was, as they say, ‘fit to be tied’. My mind was now blazing with frustration, though not half as sore as my groin.

Was I not a Man, a male of the species, one with the Power to ‘make things happen’, who walked ever proudly with heels firmly implanted on the ground, thereby drawing a natural strength from my assured contact with the Earth?……

…… all of which seemingly counted for sod-all when the ‘machines are down’.

Whose Power exactly was in control of my Life, asked my mind and my groin, me, or the machine?

And it was then that the real horrorshow hit me.

I’ve moved out of ‘Intensive Care’ but I’m still fretting in ‘Recovery’.

When the subject of Risk comes up for discussion amongst guys it isn’t long before the word ‘Balls’ features as a major player.

As this is a subject

covered extensively in the WMD Guide there’s no need for further elaboration here.

What I reckon needs more attention is the extent to which Risks are never taken because Fear puts the mockers on them. Years later these impotent defeats become a guy’s regrets.

But through what means does Fear assert itself?

In a lot of cases I suspect it’s the ‘blame factor’; if the new idea comes a cropper, who is going to be the scapegoat, the ‘fall guy’?

Similarly, lots of guys seem to suffer from issues to do with control; their major concern regarding the implementation of a Risky idea is that it will ‘get out of control’. Their fear is greater, of course, if it’s likely to fall under their responsibility.

They don’t see it as a new challenge, a venture into the unknown – only as something currently lacking operational know-how. Comfort, for them, is always the ‘tried and true’.

But how is it that Fear has their nuts in its harness? Is it their ‘outer’ elements – their reputation, how it might ‘look’, or be written up by the Press?

Or is it their ‘inner’ – a potential reduction of self confidence or self respect?

And if the Risky idea flops, are they bereft of resilience to bounce back?

A lack of Risk has been much on my mind recently as during the grey winter days of the past two weeks I’ve found both my energy and even my spirit somewhat on the blink.

And would you believe, during that time I’ve had this terrific – though admittedly Risky – idea.

And what’s really pissed me off is that it currently remains in my head and on bits of scrap paper. And why?

Can you believe my enthusiasm

for instant action has been chilled by the weather; the daily trudge everywhere, my baggy tights (I confess), and a lackadaisical inertia seem to have been enough to have curbed my enthusiasm. I’m like a man desperate for a shag but who can’t be arsed to unzip.

So do I need warming Mr Sunshine to renew my (obviously pathetic) powers to take a Risk, I’m asking myself.

Or is the Fear of chilly Mr Snowman enough to hold me back?