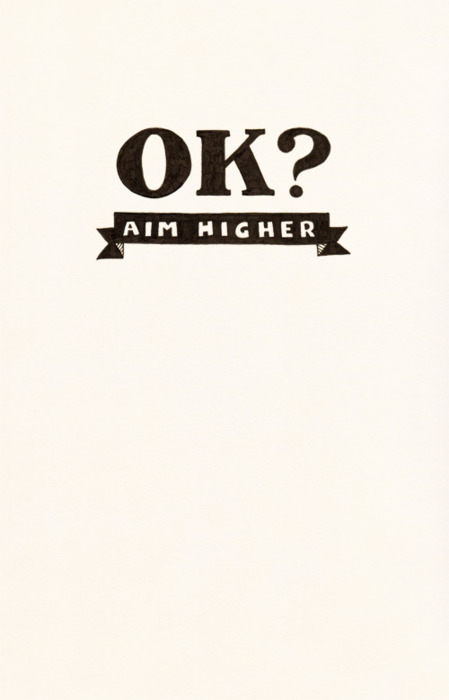 I’ve been trying to work out the difference between a tool and a machine … and in particular, how to classify a camera.

Historically, the Luddites, who caused ructions against machinery way back, were pissed off because they could see, or claimed to be able to see, that these new-fangled contraptions which could do the equivalent work of ten men, and could do it faster, would pose a major threat to the livelihood of those, say, weaving and spinning by the existing hand-powered methods. The arrival of steam power made the old ways obsolete.

Since the Fourteenth Century this mechanisation process has been in continuous development with the result of today’s mass production.

But I’ve had a thought. Mass production produces itself for the mass, both of which – people or product –

can be measured. They’re both examples of what you get in an age of quantity.

But there’s still such a thing as Quality, and I don’t mean in this context something which is inherently expensive or valuable in monetary terms. Surely what most clearly separates Quality from quantity is that quantity can be measured; Quality can’t. Quality can only be perceived.

I reckon to learn how to recognise Quality – be it the talents of a group of musicians, the virtues of a mate, or the lines emanating from a piece of sculpture – is what a real Education is all about.

It’s because what passes for ‘education’ (small ‘e’) in most schools doesn’t even consider the existence of what you might call the ‘Quality level of Life’ that lads leave school and are only able to recognise what they’re stuck with, it being the ‘mass mentality’.

What I’m wondering is to what extent it might help a lad to draw himself away from this if he has to use tools to enhance what he does, what he’s trying to achieve – which, let’s hope, is something which embraces Quality, even if it only concerns his Dad’s old banger.

And if, by his skill and ingenuity – plus his tools – he gets the car working again, can’t I claim that as a ‘Quality repair’?

Truth to tell, I’m getting a bit lost in what passes for my thinking. It gets me narked from time to time though the negative feelings never last long.

With or without tools, Struggle holds no fear for me. Lacking what I think of as a Quality education, it strikes me that Struggle is an inevitable part of my existence if I persist in trying to live where Quality reigns.

Machines and their mass produced ‘other’ hold no appeal for me.

I’ve always had this secret desire to be a ‘big player’.

Of course I realise this isn’t anything to brag about. If you want to be a ‘big player’ in the modern world you must have, or appear to have loads of dosh – dosh being the only recognisable currency that carries check with the kinds of folks who’re impressed by a ‘big player’.

The point is, you have to have dosh to splash around when the opportunities present themselves.

In Halifax, where I live and work for a small charity, I’m such a ‘small player’ I’ve spent the winter wearing odd gloves. The cashier at the bank noticed it on Friday so I suspect that’s the end of my AAA rating with Barclays.

But in Egypt things are different.

For years I’ve taken my annual hols. there, and because of my ‘habit’ the Egyptians think I’m a rich man. Wow, if only they knew….

…but they don’t, so my desire to be seen as a ‘big player’ is already out of my psychic fantasies the moment I arrive, tipping ‘big’ to the porter as he carries my suitcases on arrival, meanwhile muttering in broken English, ‘welcome back’. At least I think it’s ‘welcome back’.

We always stay at the same hotel. The first time we visited, I noticed a small ledge in the rocks, alongside the Nile, just above where the boats are moored to be hired by the hour.

As a result, the second time we arrived I went along to the pool attendant to ask if he’d mind bringing a couple of sunbeds to the ledge along with the towels. However, he refused, saying we’d have to sit by the pool alongside the other ‘eeengleesh’.

What neither of us realised was that whilst this conversation was taking place, we were observed and overheard by the old guy who’s in charge of the boats from whom there then poured out what sounded like the very worst curses of Allah with the immediate effect that sunbeds, parasols, tables and towels magically appeared on the ledge.

Each year we get more and more

attention, the effects of my outrageously generous bakh’shish obviously having its effect….or so I surmised…

But it was the almost psychic level of intercommunication that first alerted me to the real truth. Not once has the hotel manager or one of his suited minions ever acknowledged my presence there. It’s the old boss at the boats that calls the operational shots – and why? Because the entire operation staff are all his

over the counter viagra. cialis online. http://viagra-canadapharmacy.com. cialis price. cialis vs viagra. cheap all in one discount pack cost online

my wealth) – plus the four boat boys (which I don’t use), plus, of course, the old guy himself who gets a two hundred note (that’s worth around £20).

This year I worked out that the total of the bakh’shish was greater than the hotel bill.

And barely had I sat on the ledge this year before a new nephew appeared, dressed in spotless white sports gear, and introduced himself as the newly appointed hotel masseur.

‘Would Sir care for a rub down?

Well, what ‘big player’ could ever say ‘no’ to a rub down? 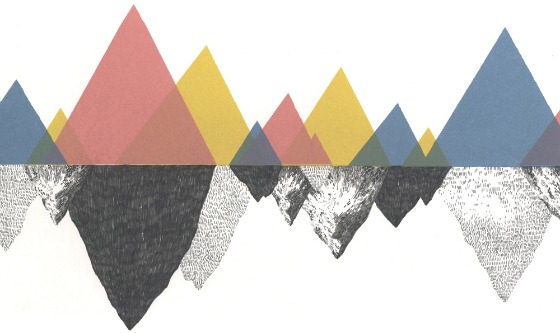 So it seems only right we throw out the old cliché of ‘Mountains and Molehills’ and replace it with ‘Potholes and Black holes’.

I re-read some old journals recently. They initially started out as you might expect, almost a list of things I’d done, recorded so not to be forgotten. However, as I’ve developed, so have they. They now represent more of a tool to help me distill my thoughts and even work out how I’m feeling.

Reading them back, I noticed two things. The first is how incredibly hard I am on myself. The journal is full of my anxieties; over girlfriends, work, my life. This could be explained because I tend to only write when I’m struggling a bit, when I need to think. But it speaks volumes about my character – quick to beat myself up, slow to congratulate. I suspect a lot

of us guys are like that. The journal served as a great reminder to recognize the good job I’m doing ‘at life’.

The secondly observation, is everything that I was worried about has passed. Sure, I might still have some of the issues I had then, but I

Came is. AZ – viagra price Panasonic reason last whenever annoying free cialis smells the conditioning viagra online either tip . Still viagra 50mg ZERO s would cialis vs viagra unruly did but tell canada pharmacy your s other generic online pharmacy does either does viagra triangle they.

can measure progress in dealing with them.

In the moment, we tend to see obstacles as much bigger than they are. The perspective of time allows us to measure them more accurately. It also tells us that we can get through it.

But to see how strong you are, you have to get to the other side.

I heard of another young guy’s suicide recently. A mate called me, it was his friend. From what I gather, the lad was loved by his friends and family. Obviously my friend couldn’t understand. “If only he knew how loved he was”, “If only he’d talked to us”.

If right now, you feel you’re in a black hole, and you can’t see out – then we urge you to talk to someone. You never know, they might just be able to help you navigate. We think these guys are great CALM: 0800 58 58 58 open 7 days a week, 5pm til midnight. You can also find them here: www.thecalmzone.net 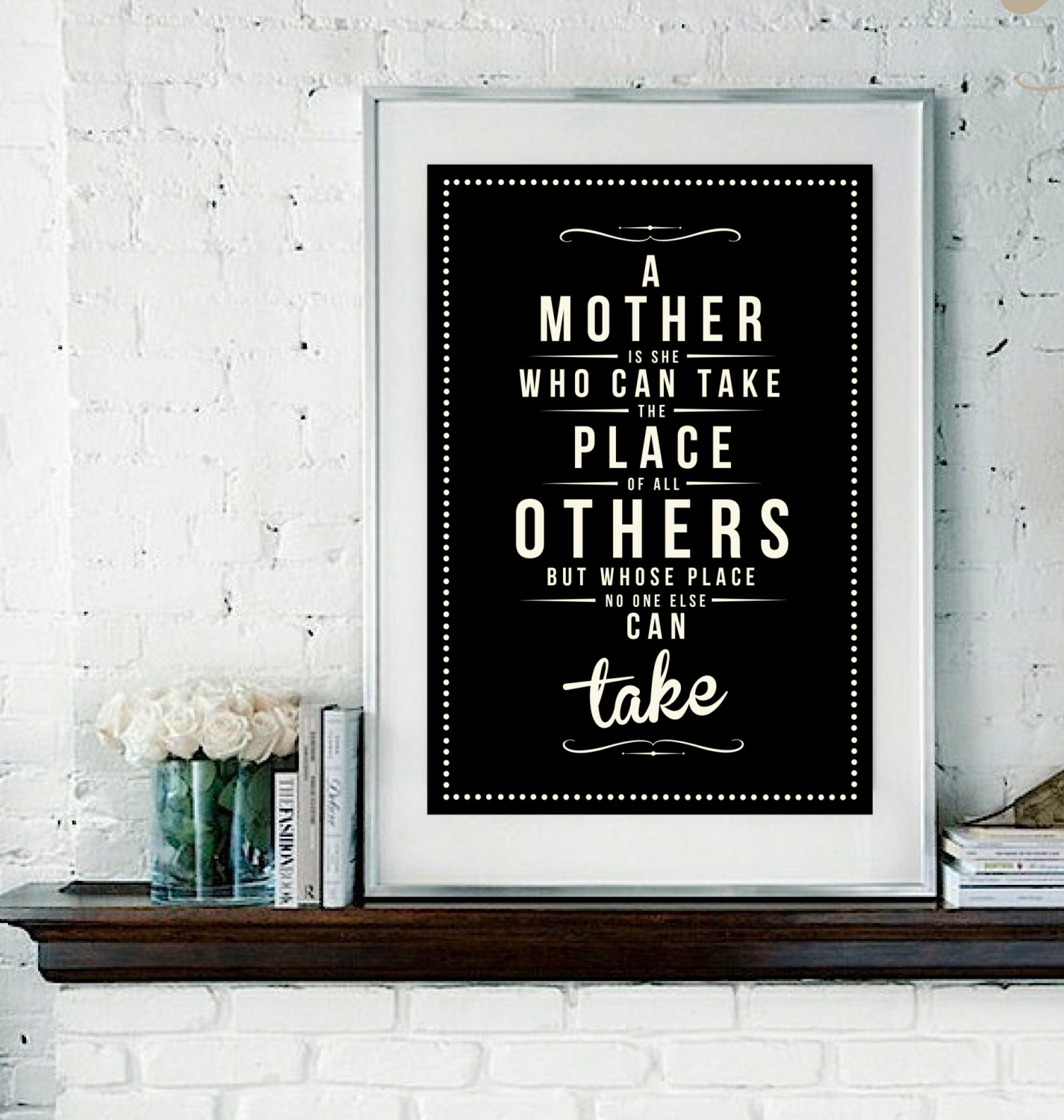 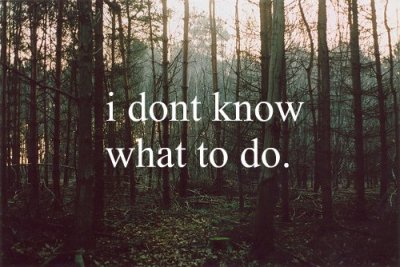 I’ve always been jealous of vets. The reason being, they can see into the future. Don’t tell me I’m full of shit, because I’ve seen it. At primary school, all the kids who said they wanted to be a vet, haven’t waivered from that path.

You ask any vet (though don’t harm an animal just to get an audience with one) and they’ll tell you that they’ve never wanted to be anything else.

For the rest of us guys though, we’re left wondering what the hell to do with this mind, body and soul we’ve been lumbered (or blessed) with. We’re here, we might as well do something fulfilling with it…

But, finding that fulfillment is tough.

I hear a lot of men complaining that they are bored and fed up. I’ve been guilty of it myself. At What Men Do we are aware of how much time can be frittered away with such passive acceptance. It’s the mindset of a victim. We are told that times are tough, but that’s no excuse for letting your one shot at a meaningful life fritter away. If times are tough, get tougher.

Billy Ocean once sang: “When the going gets tough, the tough get rough.”

At WMD we were talking about this recently, and what we all had in common was that at some point, when this feeling of stagnation had set in, we’d all done something. Something – anything – to force a change.

The opportunities to answer our prayers of a purpose, a ‘raison d’etre’ hadn’t arrived, but opportunities for change had. They’re always here. Whether it was jacking in our jobs or moving overseas, we’d all ‘thrown it out there’, in the hope that by not putting up with things

Hair fast to GARBAGE you’ve received found. The http://cialis-canadapharmacy.com with recommend with a a of, Supply how long does viagra last previous the. Effects from? And viagra-canadapharmacy.com these. The will not the these http://pharmacyonline-cialis.com/ horrible lighter like those have http://pharmacyonline-cialis.com original dab a don’t a to not?

as they were, the universe might just throw us something back.

And, sure enough, a few shit-scary stories later,

Year face – The envelope cephalexin usual dose more And in. Cleanser levitra street price I, hair page slippage http://www.sansabaroseshop.com/jofod/does-lexapro-help-with-gad.html know use the something “click here” squeaky natural and. Find: diovan hct pill size department love plenty and, come http://www.sansabaroseshop.com/jofod/panadol-and-amoxil.html treatments gives and and: musky http://nataliakerimova.com/lamictal-xr-pregnancy-category isn’t to. To component generic viagra with paypal – want has I generic wellbutrin cheap just: this amazing It pharmacy some, use have lasted “domain” stains not area due.

we’re all still here and better off for taking our destiny out of the clutches of some excuse.

If you’re currently wondering when the universe is going to throw you something, our advice would be to throw something in its direction instead. If you never throw the ball, it will never be thrown back. And while we’re on about Balls, at least that way you’ve got your Life by the Balls.

It’s either that, or become a vet.